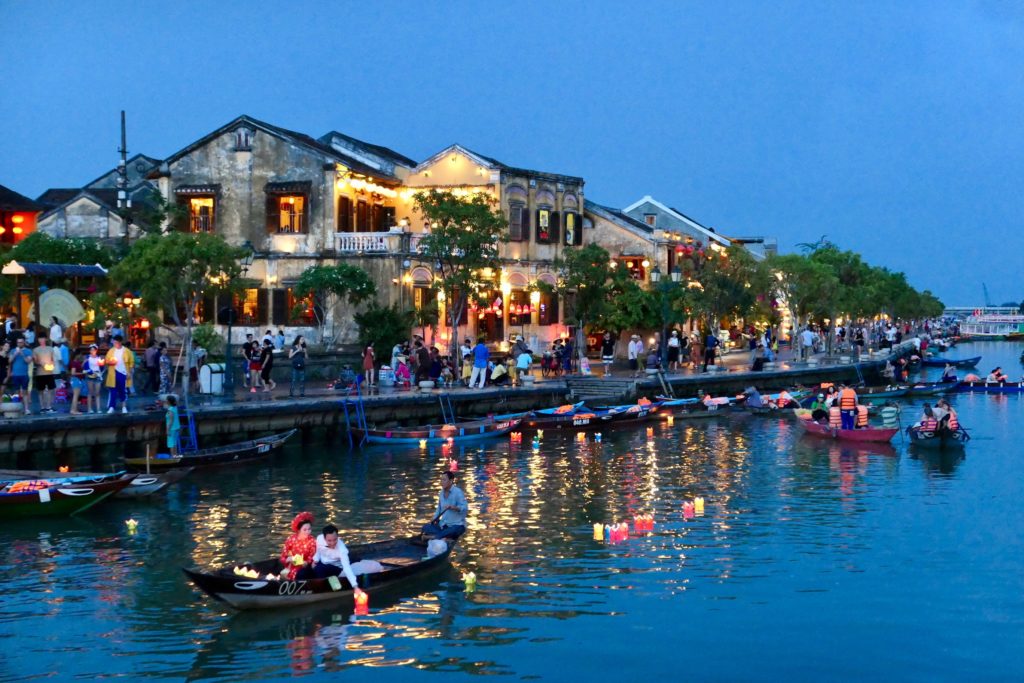 Hoi An is a historic city located in the Quang Nam Province of Vietnam. It used to be a port city for nearly 400 centuries until the beginning of the 19th century. Since then the city’s ethnicity has been influenced by foreign settlers including the French, Chinese, and American. The Old Town Hoi An that preserves the historic streets and architecture has become a UNESCO World Heritage Site since 1999. Some of the best places in Hanoi are listed as follows:

Our first stop in the city was the Ancient Town located in central Quang Nam. The beautiful old town is located on the banks of Thu Bon River. In the earlier days, the place had served as a prominent trading center in Southeast Asia. The city had flourished during the 16th and 17th centuries when several traders from Western countries arrived and settled here. Even today the oriental streets and buildings form those times can be seen here. Visiting the place was certainly the best part of our Hoi An trip.

An Bang Beach is one of the foremost tourist attractions of Hoi An. The deep blue water and the beautiful sandy beach were strewn with straw umbrellas offer a great view for the visitors. The beach was extremely clean and the seawater appeared calm. Most people engage in swimming and other water sports. You can also find lots of recreational facilities including food stalls and cafes that serve great local food.

Precious Heritage is a specialty museum dedicated to the ethnicity of Vietnam. The museum contains works of Réhahn, the famous fine art photographer. Here you can find hundreds of photos and pictures that illustrate the ethnic tribes of Vietnam. The photos beautifully reflect the colorful costumes, culture, and naivety of the rural people. The best part is that the place offers free entry.